End of October 2019, we were invited by a long time relation to price some XL 105/6-5 + LV printing presses, built in 2006 and 2012. The idea behind was, a complete reorganisation and reorientation in the market from one company producing on two different locations.

Even during our visit of inspection we agreed a total for both as well as a price for each printing press. The estimated availability announced was early 2020.

As this company is working in cooperative partnership having a substantial number of employees involved as partners, it took some more time than planned and some extra meetings with the workers before the decisions could be made. In the end, it was decided that the Heidelberg XL 105-5+LX2 manufactured in 2006 should be sold. The younger Heidelberg press built in 2012 should still stay. Our purchase contract was signed in no time and in January 2020 we could start dismantling the machine.

We sold the press soon after, to one of our long time relations in Asia. The loading of the XL press was planned immediately after the dismantling, but then we heard about the first Corona-virus-problems in China. We had to wait and we could keep the press packed and ready to load at site in the printer’s factory.

Mid of March the Corona-crises in China was under control. However, now it was Europe’s turn.  Finding a loading and lifting company was not self-evident. We got in contact with a brave and experienced company equipped with the lifting tools needed, willing to load in the last week of March.

Early May we have purchased the second youngest Heidelberg XL 106-5-LX as well. The machine will be available within 3 – 5 months when the company will move to another building. Lockdown will be over and the company will be prepared for post Corona times. 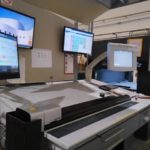 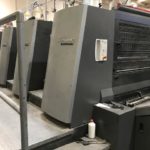 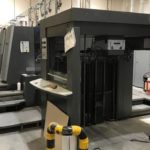 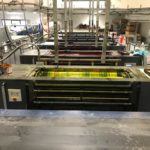 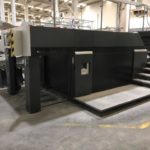 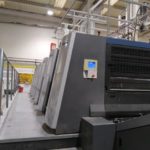 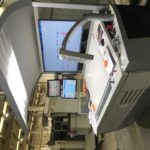 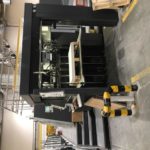